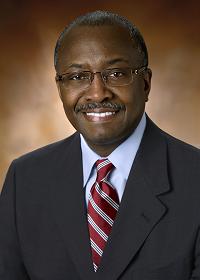 Willie A. Deese is Executive Vice President and President of the Merck Manufacturing Division, with responsibility  for Merck’s worldwide manufacturing operations.  He oversees a network of more than 80 manufacturing and distribution sites with approximately 26,000 employees in over 25 countries around the world, with an operating budget of $9.0 B.  He is also responsible for Merck’s global procurement organization.  Mr. Deese serves as a  member of Merck’s Executive Committee. Mr. Deese joined Merck as Senior Vice President, Global Procurement, in January 2004, after having established a track record of outstanding success as an executive and manager for several pharmaceutical, health care and high technology companies, including GlaxoSmithKline Pharmaceuticals, PLC; SmithKline Beecham Pharmaceuticals, PLC; Kaiser Permanente; and Digital Equipment Corporation.  Mr. Deese earned his B.A. in Business Administration at North Carolina A&T State University and his M.B.A. at Western New England College.